Highs and lows of our last passage making

Is that an Orca killer whale off our beam, I ask Tod? We both look again, and for sure, it is! Minutes later, we see several turtles adrift in front of our beam. A lazy bird is sitting on top of it, going for a ride. The Pacific ocean is calm, no wind, so we motor at low speed. Our plan is to stop at Isla Isabella, 85 miles north. On our way, we hear our bilge pump going off. We have 3 bilge pumps, they remove water from the deepest part of the boat, and when they go off, it’s time to get your sleep deprived brain into action.

We arrived at Isla Isabella at 7AM after an overniter, and are water tanks are empty! Not good, but at least we have a fresh water leak, not a salt water leak. In the somewhat rolly and unprotected anchorage, Tod goes into diagnostic mode, and start making water again. We can’t come up with the cause of the problem, and after 2 hours decide to just move on again, do another overniter to Mazatlan, where we will fix the problem in a marina.

A few hours later, Tod is taking a rest in our bed, fan on full blast. When I walk by, I see black spots all over my side of the bed. Somehow Tod's sleep deprived brain was thinking that my body lotion has the color of used motor oil, and it was me causing these stains, not a fan running amok and spilling graphite all over the bed! By now, the Pacific is not so tame anymore, but that doesn’t stop me from washing our sheet by hand (by now we have water again!), and hang it out. Tod installs our spare fan, and we are back in hallelujah land.

We are about to leave Mazatlan. We have enjoyed the pool, got groceries for another week, and prepare for our 45hrs + crossing to Baja.  And that water problem? Well, mysteriously it has not shown up again….but no worries, we have an engine oil leak to deal with at some point in life.  Ah, cruising, isn’t that fixing boat problems in exotic places? And the pictures of this post, yes, the relate to the highs of our passage making. 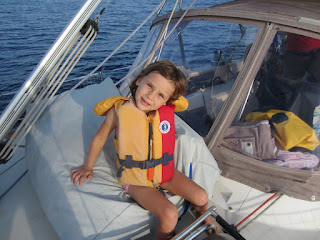 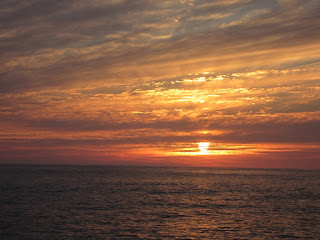 If you're using an iPad and have trouble posting your comment, please try to use the Chrome browser, available in the iTunes store.

When we are at sea, we won't be able to respond to your message, but will be able to see them, and love reading them!